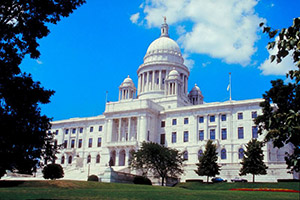 The bill to repeal & replace the Affordable Care Act (ACA) narrowly passed the House last month. Now the U.S. Senate is working on its version. We have learned the Senate is considering a bill that would deeply cut Medicaid funding to the states. This would be done by capping a state’s Medicaid funding based on its spending in 2016, and then limiting funds going forward each year.

This Thursday and next Thursday, June 22, the AAP is encouraging all members to call the Washington, DC, offices of Georgia Senators Johnny Isakson and David Perdue to register our opposition to cuts in the Medicaid program.  These cuts to Medicaid would be very harmful to Georgia—not just its children, but to rural healthcare in our state which is important to economic viability. AAP has provided a toolkit for more background on this issue.

Please Call Sen. Isakson and Sen. Perdue this Thursday, June 15 or next Thursday, June 22 and tell them that cutting Medicaid funding in Georgia is harmful to the health and well-being of our children, to our rural communities, and to maintaining an adequate supply of primary care physicians throughout our state.
Contacting Georgia’s U.S. Senators:
Senator Johnny Isakson. Washington office phone: 202-224-3643. Atlanta office: 770-661-0999. Email: Isakson.senate.gov.
Senator David Perdue. Washington office: 202-224-3521. Atlanta office: 404-865-0087. Email: Perdue.senate.gov.
Here are additional messages that you may find helpful in your calls to Senators Isakson and Perdue:

Finally, please let the Chapter office know of the results of any reply or response you might receive. And thanks again for rallying to this important issue.