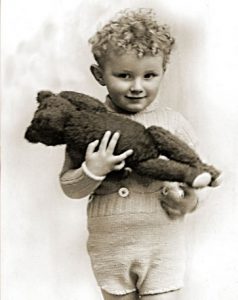 Georgia had a pediatric society before it had a chapter of the American Academy of Pediatrics. The Georgia Pediatric Society was reputed to be the oldest pediatric society in the country, and may even have antedated the American Academy of Pediatrics, which held its first organizational meeting in Detroit in 1930. (The AAP was actually borne out of a discussion among several pediatricians who were attending an AMA meeting in Portland, Oregon in 1929. There was one Georgian in that group, Dr. William Mulherin of Augusta, and his fascinating account of that meeting is contained in a letter he wrote in 1941 which is in the appendix of this history. Dr. Mulherin, by virtue of his attendance at the Portland meeting is listed as a “founding member” of the AAP. Six other Georgians—Drs. Charles Boynton, William Funkhouser, Louis Happe, Robert McAliley, Hines Roberts, and Antonio Waring joined the AAP during its first year in 1930 and are our state’s “charter members” of the AAP.)

While there were a large number of pediatricians in Georgia in the 1930’s, only 6 belonged to the Academy in 1933. The Society’s first president was M. Hines Roberts, MD of Atlanta, who began his term in 1934. By the late 40’ and early 50’s, they had large meetings each year in the fall attended, it was said, by virtually every pediatrician in the state and by one report that was “about 200 men.” 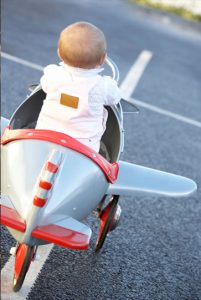 The beginnings of the Georgia Chapter date to 1949 when Georgia AAP members began reporting their activities to the national AAP. These early gatherings usually occurred during the luncheon breaks of the Society meetings, typically held at the old Progressive Club in Atlanta, or the Standard Club or the Mayfair Club. (The Progressive Club property still exists as part of the Turner Broadcast System (TBS) midtown complex near Georgia Tech.) These first gatherings consisted only of short business meetings and were limited by the time allowed for free time around the luncheon of the Society. The Society meetings flourished under the leadership of Dr. Joseph Yampolsky, who often organized the meetings, Dr. Leroy Antrobus, who served as Society secretary, and Dr. Jerome Berman, who served as chair of the Local Arrangements Committee.

In May of 1954 the first official, separate meeting of the Georgia Chapter was held at the Idlehour Country Club in Macon. Dr. Lewis Muse was the first chairman as they were called then, of the Georgia Chapter. (Records indicate his term as president was from 1951-1954; which suggests that for some years the Chapter chairman was also the president of the Society.) Sadly, just three months after the formative meeting in Macon Dr. Muse would die of a coronary occlusion.

Even through the next several years however, the Society remained the much larger and dominant organization. In the early years it can be said that the Georgia Chapter was largely a paper organization created by the national AAP, then headquartered in Evanston, Illinois. In fact, many states had pediatric societies that antedated AAP chapters in those states. However, in the early 1960’s Dr. James Gillespie became director of Chapters & Membership at the AAP. He made it his objective to see to it that every state formed a well-organized state chapter that could help advance the purpose of the national organization. He therefore began to push for the merger of all the state pediatric societies into the state chapters so that there could be a unified voice speaking for the welfare of children in each state. His sentiments found a receptive audience among most Georgia pediatricians. 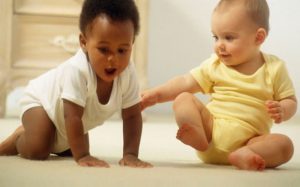 In Georgia therefore, a stronger Chapter began to emerge. In 1960, under chapter chairman Dr. Howard Morrison, who was the first chairman elected by vote of the members rather than having been appointed by national, the Chapter began regular separate meetings and instituted a committee structure modeled after the national AAP. Dr. Joseph Patterson followed Dr. Morrison in 1963. During his term, the committee structure was further refined and the chapter increased its role of advocacy for the children of the state by promoting the passage of legislation such as of the first child abuse statute in Georgia. During this time the Chapter also began taking an increased responsibility for the continuing education of the pediatricians of the state. In 1965, the Georgia Chapter received its first “Outstanding Chapter Award” from the American Academy of Pediatrics.

In 1966, as the push to merge societies and chapters continued from the Evanston, Dr. Martin Smith chairman of the Chapter began negotiations with the Georgia Pediatric Society to bring about a merger of the two organizations in Georgia. A key element of these negotiations was how to make Society members a part of the Chapter. This was accomplished by making the pediatricians who were not board certified–and therefore not eligible to be AAP Fellows–associate members of the Georgia Chapter. So in 1967 the Georgia Pediatric Society was dissolved, and the Chapter became the sole professional organization for pediatricians in the state. (This was the case in most all of the states in the country but by no means all. Even today, North Carolina, Tennessee, and Texas for example, retain the Society name along with their Chapter name.)

Another important event in Georgia also occurred in 1967. At that time, Chapters took their direction from the national AAP. There was no mechanism for Chapters to provide input up to the national organization. Chapter chairs did not meet as a group, except that every 3 years, chairs in the various regions of the country—districts in AAP parlance—did have a District meeting together. In Georgia, under then president Dr. Martin Smith, a movement began to remedy what they believed was a shortcoming of the AAP. They proposed that the AAP find ways that the feelings of the chapters could weight into the deliberations of the AAP Executive Board, rather than just having suggestions and recommendations flow “top-down” from Evanston to the chapters. They further recommended the establishment of an annual meeting of all the state chapter chairs to accomplish this. 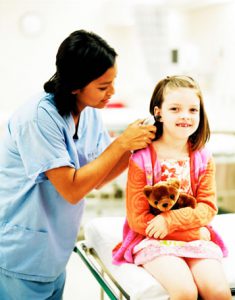 This resolution became known as the “Georgia Resolution” and was taken to the District IV meeting 1967. The resolution was discussed by all and finally won approval from the District. It was forwarded to the AAP Executive Board who ultimately agreed also. Shortly thereafter, chapter chairmen began regularly meeting with AAP leaders at the AAP annual meeting. And about 10 years later, in 1978, the process was taken one step further when the AAP Chapter Forum was born. The Forum was established as a separate meeting and the resolution process was created which exists today as the mechanism for input by rank and file members and chapters to the Academy.

After the Georgia Pediatric Society was dissolved, the Chapter began holding two meetings a year, one in the fall and one in the spring. The fall meetings were always in Atlanta and the spring meetings at that time were in Augusta on one occasion, but mainly in Hilton Head, South Carolina. In 1973, the Chapter held it first spring meeting at the Cloister, on Sea Island, Ga. This tradition has continued—except for one meeting held in Amelia Island, Fla. in 1979—since then. During the 1970’s, the various committees of the Chapter were also active in educating children and parents as well as health professionals on the harmful effects of smoking and drug & alcohol abuse. The Chapter’s Committee on Youth addressed these topics in schools with student anti-smoking poster contests, questionnaire booklets and other educational materials.

In 1978, Dr. David Morgan was elected chapter chairman and recognizing the importance of legislation in achieving pediatric advocacy goals he established a Legislative Committee with Dr. Scott James as chair. The committee’s diligent and members efforts produced a number of legislator gains in the 80’s: mandatory seat belt restraint law, changing the Statute of Limitations from 21 years to 6 plus two years in 1987; mandated coverage for well-child exams (CHIRP) in 1994. In 1983 the Chapter began the Friend of Children award aimed primarily at legislators who had been helpful in funding programs for children or the passage of important legislation. A highlight of this time was undoubtedly the election of Martin Smith, MD, Gainesville as president of the national AAP in 1985. He remains the only Georgian to serve as president of the national organization. 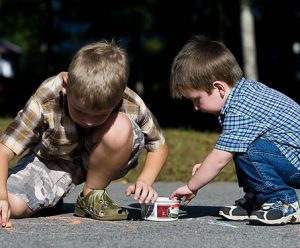 As the chapter grew in numbers and activity during the 1980’s the need for administrative work also grew. In 1986 the chapter hired William Mankin as “executive secretary.” Mr. Mankin was then a recently retired sales manager for a major formula maker. He worked from his home on a part-time basis, handling logistics for the meetings, taking minutes at board meetings and assisted with membership issues, etc.

The growth of the Chapter continued during the 1990’s. After Mr. Mankin’s retirement in 1992, the Chapter hired Rick Ward as its first executive director and established a chapter office by renting space at the Medical Association of Georgia building at 938 Peachtree St. in Atlanta. Organizational changes were made in 1994 with the establishment of Chapter districts in the state and electing board representatives from each district. This ensured geographic representation on the board and expanded it to 19 members. In 1995 the Chapter finally passed the important Children’s Health Insurance Reform Program, or CHIRP, which required health plans to cover well-child exams and was the centerpiece of AAP access to care legislation at the state level. The 90’s saw a number of other important legislative gains that were advanced by the Chapter: including passage of the state requirement for smoke detectors, bicycle safety helmets, infant car seats; the establishment of a state immunization registry, a prohibition against the early discharge of newborns and mothers from hospitals; and repeated defeats of attempts to liberalize Georgia’s fireworks laws.

In 1996 the Chapter made its own history by electing its first woman as president, Dr. Jan Fitzgerald-Soapes, Lawrenceville. The same year the Chapter received the AAP Outstanding Chapter Award, its first since 1965. In 1997, the Chapter office moved to 1330 West Peachtree St., following the move of the MAG to the same space. The Chapter continued its excellent record of service to members and the children of Georgia and won the Award again in 2000. In 2003, the Chapter observed the 30th anniversary of the spring meeting at The Cloister in Sea Island, first held there in 1973. The Cloister has been a familiar home to this early summer Chapter tradition. 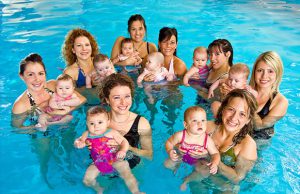 2004 marked the end of a half-century of work by the Georgia Chapter and it concluded with two wonderful explanation points. First, the Chapter again won the Outstanding Chapter Award. (Since by AAP rules, chapters are ineligible to win the Outstanding Award for 3 years following having won it, it meant the chapter won the award every year whenever it first became eligible.) And at the 2004 AAP National Conference in San Francisco, two Georgia chapter members: Dr. Charles Linder, Augusta and Dr. Jay Berkelhamer, Atlanta were selected as the two nominees for president-elect of the Academy.

So from its beginnings of some 20 members in 1954 to over 1700 members today, Georgia Chapter members have a long and proud legacy of advocacy and service to the children of the state. The Georgia Chapter looks back proudly upon its past and looks forward to the challenges ahead.